Let’s take a moment to go over the recent rate increases that we are seeing.  First of all, you should know that these rate increases are not relegated to only one area. Rate increases have been significant on all lanes across the country.
Currently, the load to truck ratio across all lanes and for all truck classes have surged to unprecedented levels.  This is due to multiple factors :
1.) There are simply not enough drivers available.
2.) There is an actual shortage of power units.
3.) There is a major shortage of containers for rail.
These factors have made it a carriers market and lane rates are reflecting these shortages.
In the first week of June alone, Van rates increased 10 cents per mile nationally, Flatbeds are up 6 cents nationally, and Reefers are up 14.7 cents (Reefer increase is also reflective of the current produce season and the expected seasonal jump).
Rates over this time last year are off the charts.  Year over year comparisons for the month of May are as follows :
Van – Up 57 cents per mile
Flat – Up 63 cents per mile
Reefer – Up 50 cents per mile
Some markets are obviously affected more than others depending on the volume of shipping.
Rates have also been significantly affected by increased fuel costs as well as the implementation of the ELD mandate which limits the length of time a driver can operate continuously before being forced to shut down for a re-set of hours.  This mandate has caused some lanes which were historically great values, to no longer be tenable for the carriers due to the limit of hours; Los Angeles CA to Houston TX is a prime example.
The last principle that lends to the increased shipping costs is the health of the economy and domestic production.  Production and employment has increased substantially, which has flooded the transportation market with freight.
All market white papers are not forecasting any significant decreases in rates. In fact, some stabilization may occur in late summer ahead of the seasonal increases (barring another major hurricane of course) at rates near where they are now.  We expect the normal increased rates heading into the holiday season, and then normal decreases in January, but they will not go down to 2017 levels again.
I have been trying to prepare my customers for these increases since July of 2017. Transportation costs have increased as predicted and I have no reason to believe that my estimates will be off regarding rates through 2019.  Some adjustment should be made to the transportation budgets to pad against sharp increases as we move forward in these uncharted waters.
Please feel free to contact me for any additional information including sources etc.  I am happy to share any data you may need.
My strongest prediction for many markets around the country as we head into the holiday season is that most customers at that time are going to be less concerned with rates than with availability.  Fortunately, I am in a position that capacity is not an issue for my customers, but rates are completely market driven. 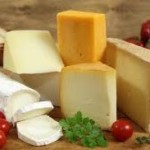